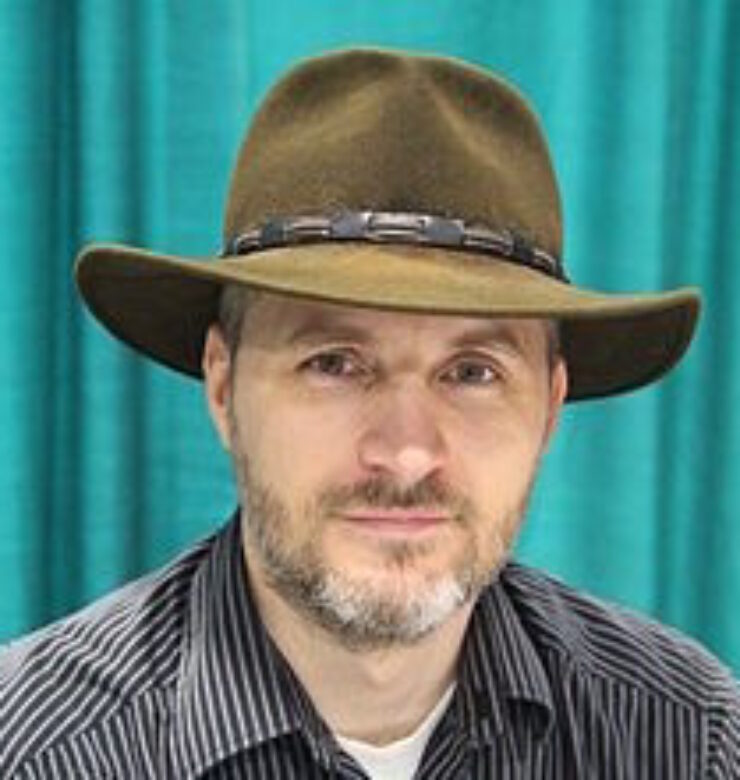 New York Times bestselling author Dan Wells writes a little bit of everything, but is best known for his post-apocalyptic YA series PARTIALS, his middle grade series THE ZERO CHRONICLES, and his supernatural thriller series I AM NOT A SERIAL KILLER (now a major motion picture). His other novels include BLUESCREEN, about esports and cyberpunk, THE HOLLOW CITY, about schizophrenia and monsters, EXTREME MAKEOVER, about a beauty company that destroys the world, and A NIGHT OF BLACKER DARKNESS, a horror farce that he has adapted into a hilarious stage play. He is a cohost of the podcast “Writing Excuses,” which has won several Parsecs and a Hugo award, and which has expanded to include a yearly writing conference. He has worked in film and television and theater, has written for tabletop games, has a YouTube series, and runs an D&D campaign on Twitch called TypeCastRPG. Dan has edited several short fiction anthologies, including ALTERED PERCEPTIONS, about living with mental illness. He has lived in Mexico and Germany, but currently resides in his mountain homeland of Utah with his wife, dog, rabbit, six kids, and more than 450 boardgames. No, it’s not an addiction, it’s a hobby.