A Brief History of SiWC

The 25th year of SiWC! We have a new website, and many other big plans in store for this stellar silver event. Join us! 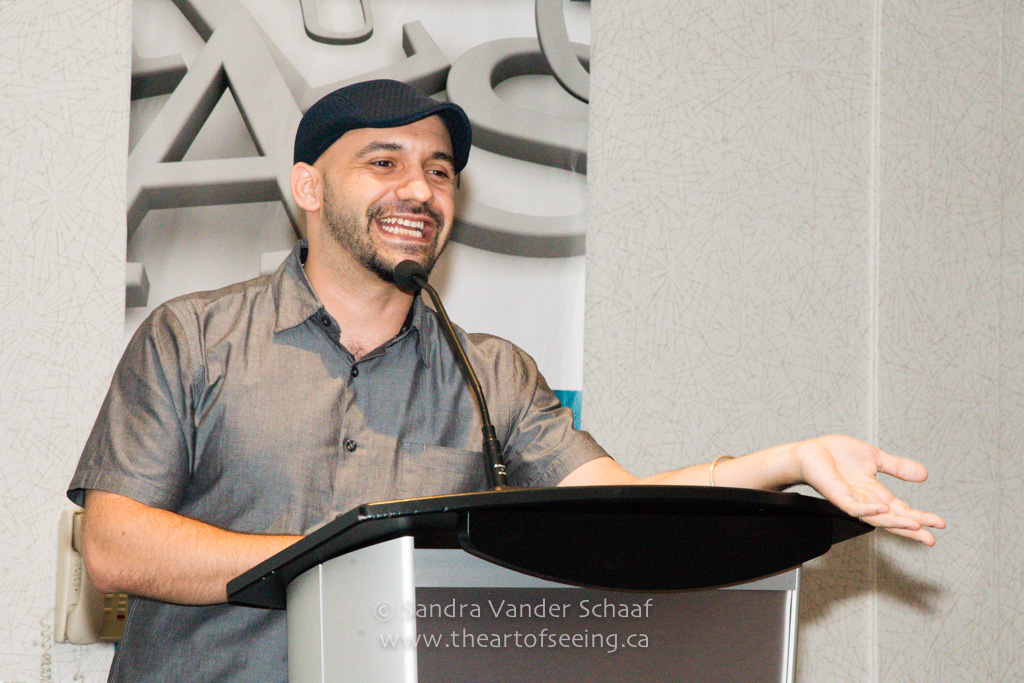 2016 saw author Daniel José Older give a rocking keynote in which he taught our beloved Emcee Carol Monaghan a few new words. This year marked SiWC's earliest sell-out ever, a reminder to register early! 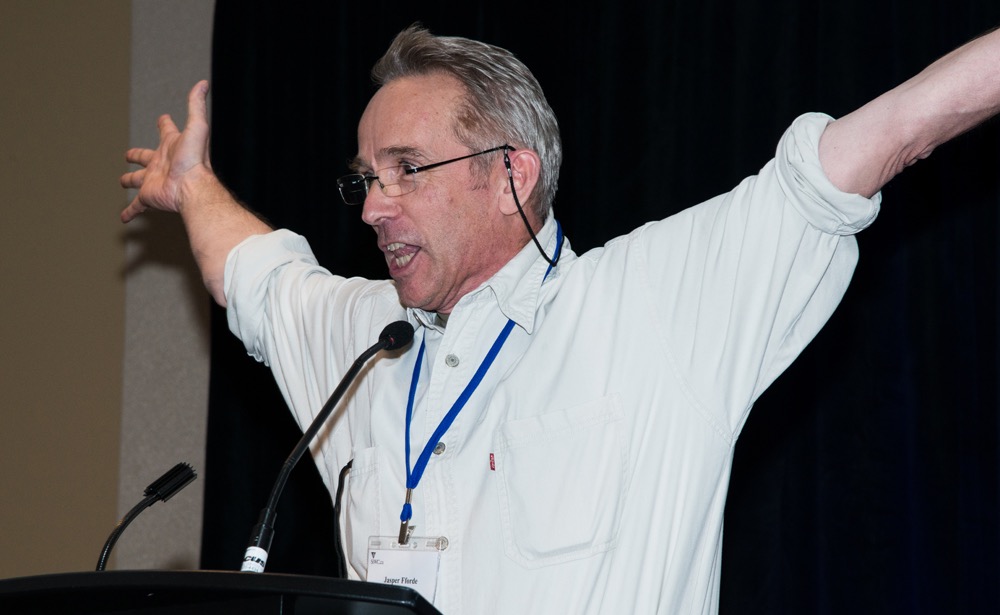 It was also the inaugural year of the Tan Seagull scholarship for young writers. Ten young scribes were able to attend because of this scholarship!

The conference sold out at the door in 2015 -- a trend that has yet to be broken.

In 2011, the Surrey International Writers' Conference Society was formed, formally becoming  an independent entity. The conference was officially registered as a not-for-profit society. Michael Slade's Shock Theatre performed a double-bill of 'The Monkey's Paw' and 'The Dunwich Horror', with secret special guest star Ian Rankin performing the role of the monster. 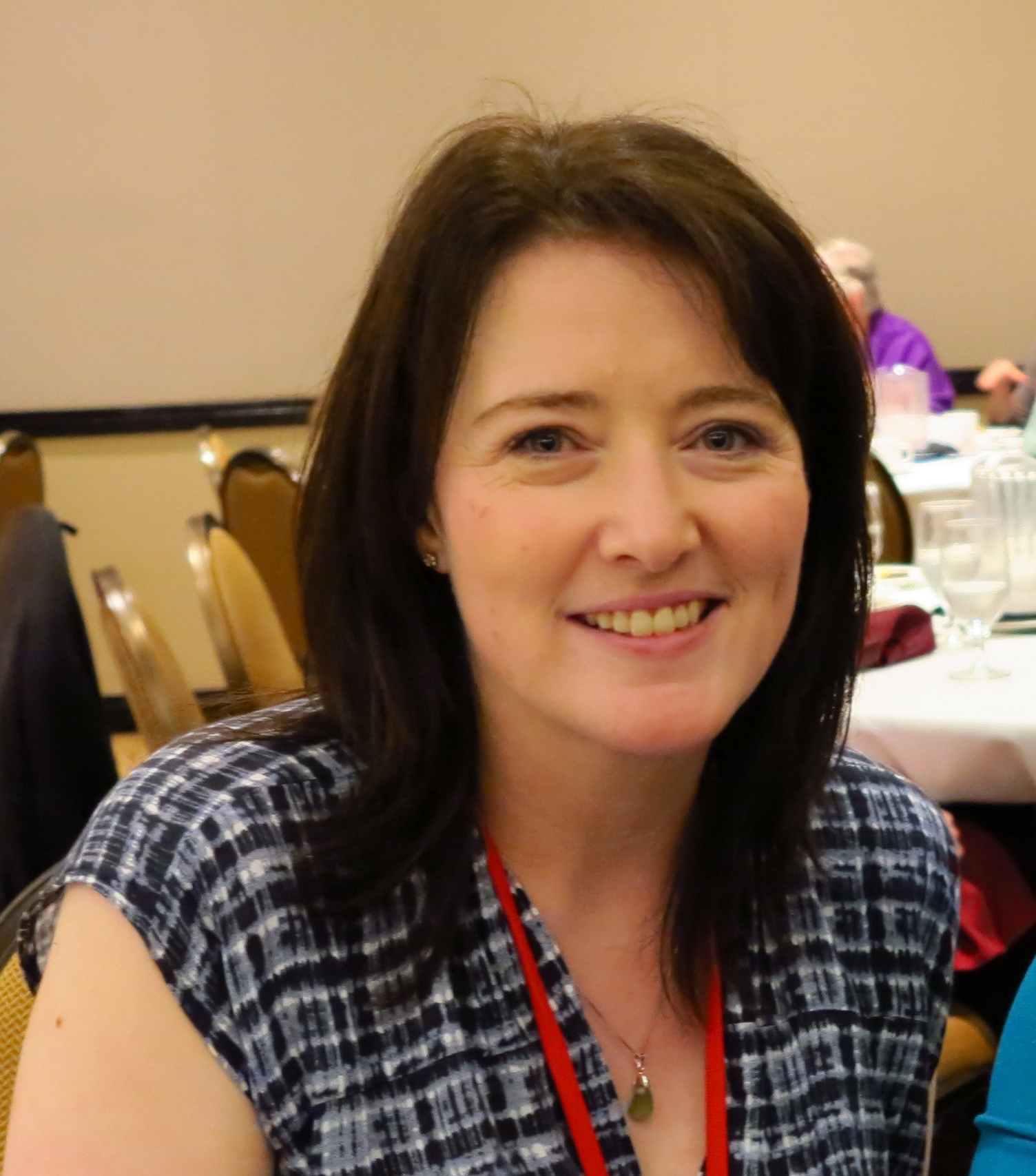 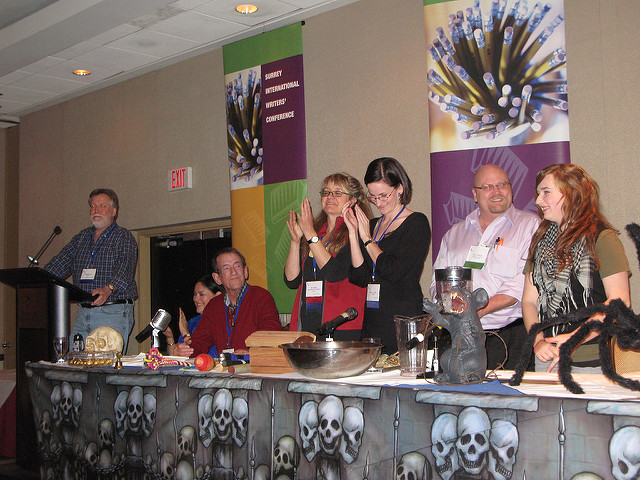 2008 featured the first SiWC Masquerade. It also saw the historic debut performance of Michael Slade's Shock Theatre. A radio play, adapted by Slade himself, of the memorable double-bill 'Three-Skeleton Key' and 'the Thing on the Fourable Board', and starring Jack Whyte, Diana Gabaldon and Anne Perry; with Rebecca [Pink Slade] Clarke and kc dyer on sound effects, Dan Anderson on tech, Althea Schonfeld on keyboards and the chilling Slade himself as the narrator. Shock Theatre has gone on to become an SiWC tradition, and has seen a number of high-profile guests in starring roles. 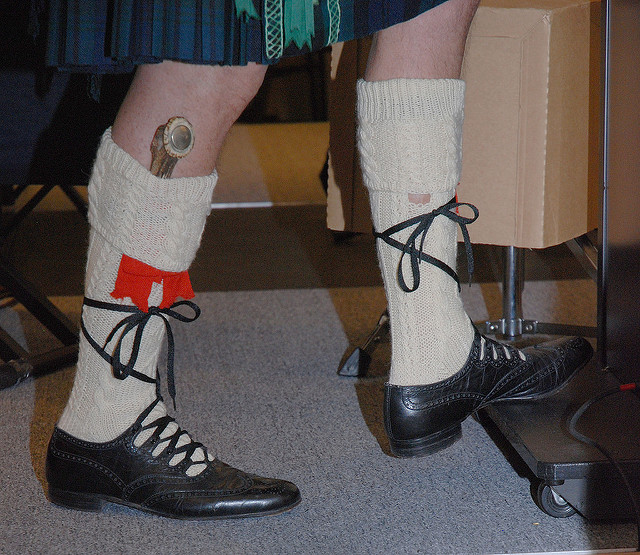 Author kc dyer stepped on board as new conference coordinator in 2007, and held the position through 2009. This year witnessed an historic live Night Owl performance by authors Jack Whyte [a portion of whose anatomy is pictured here] & Michael Slade. This performance would prove to be the inspiration for Slade to create 'Michael Slade's Shock Theatre' in 2008.

In 2003, the 11th conference saw attendance numbers climb for both the Master classes and the 3-day conference that featured over 70 workshops conducted by over 40 presenters including best-selling authors Diana Gabaldon, Anne Perry, Terry Brooks, Jack Whyte, John Saul, and Susan Musgrave.

On the 10th anniversary of the conference in 2002, the amazing growth and reach of the conference was recognized by including ‘international’ in the official title to become the Surrey International Writers’ Conference. Presenters have come from as far away as Japan and Scotland while attendees hail from distant shores including South America and Europe. 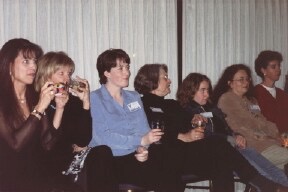 This is a picture of one of the first in-person gatherings of the CompuServe Writers Forum at SiWC. Note the presence of a future Conference Coordinator, sitting shyly in the middle!

In 2001, the 9th conference saw the addition of Thursdays as a pre-conference day of Master Classes.

In 1997, the 5th conference assumed the three-day format of Friday, Saturday and a half-day Sunday. 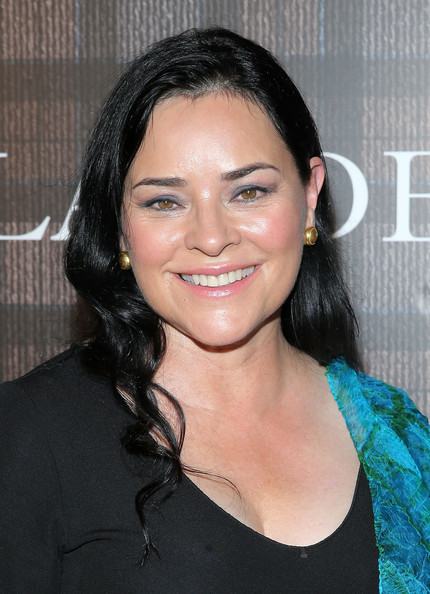 The Surrey Writers Conference really took off in its third year when Diana Gabaldon came on board. She liked what the conference was attempting to accomplish and has remained its champion ever since, as have many other best-selling authors and noted editors and agents across North America and beyond.

Ursula Maxwell-Lewis suggested holding the second Surrey Writers’ Conference at the Sheraton Guildford Hotel, which was arranged, and has been our home ever since. The second conference also featured best-selling author Maeve Binchey as a keynote speaker, arranged in cooperation with the Vancouver Writers’ Festival. 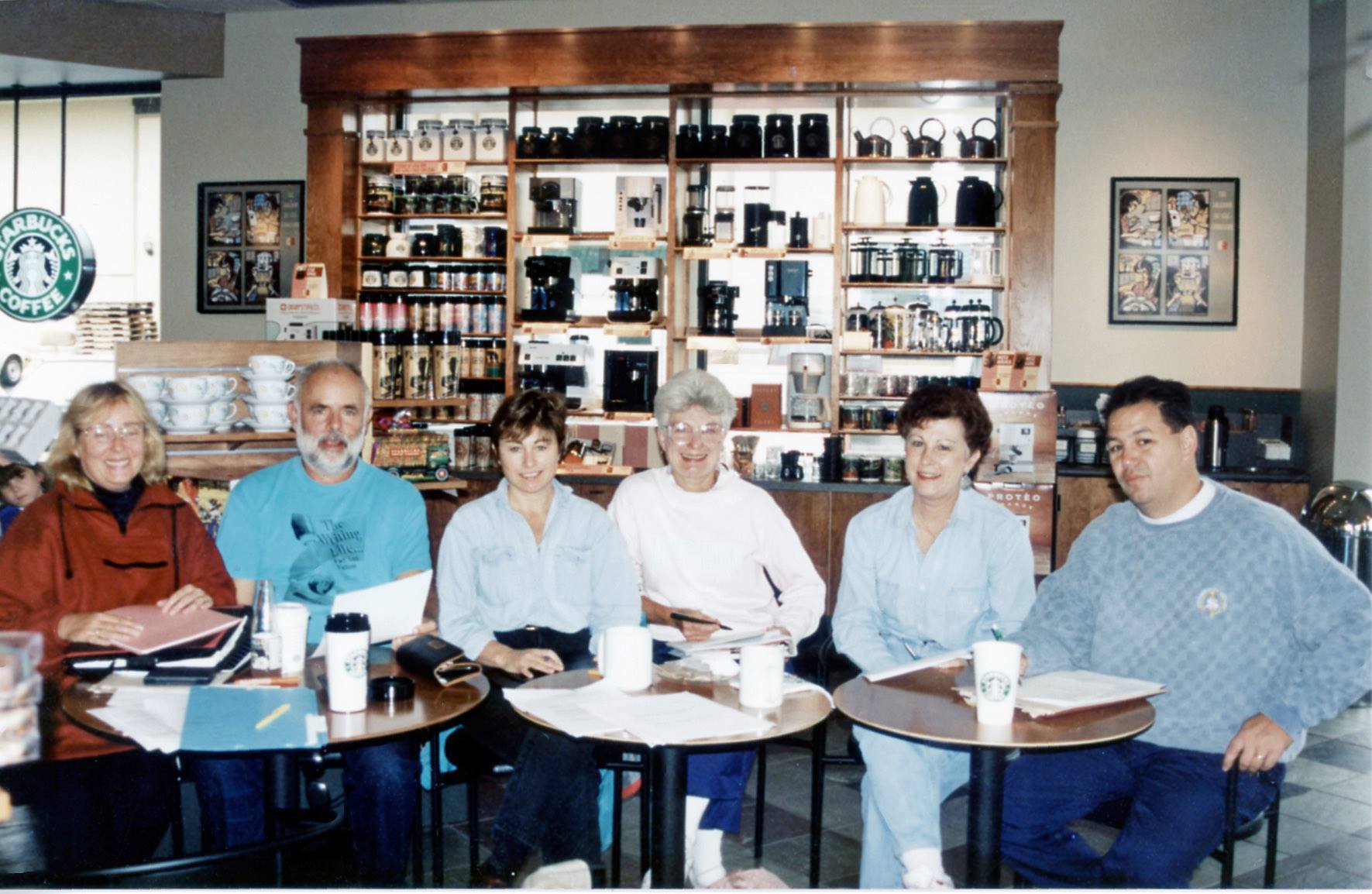