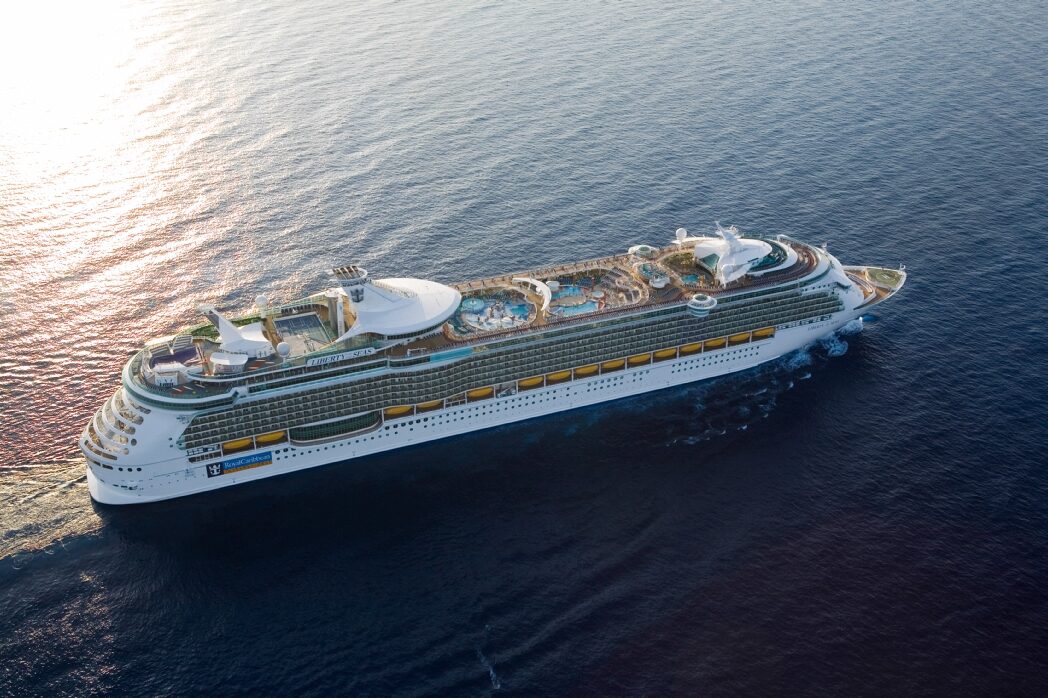 SiWC at Sea 2020 is CANCELLED
After a great deal of consideration in light of recent updates to Canadian medical officer recommendations and CDC recommendations, we have made the very difficult decision to cancel SiWC at Sea for 2020. We hope you'll join us in a future year.

This Week We Write!

You wanted more SiWC - more workshops, more opportunities to get feedback, and more of that amazing, supportive SiWC atmosphere.

You wanted a chance to get away, to get inspired, to learn more, and to totally immerse yourself in your craft. You wanted an SiWC writing retreat.

So we did that aboard a cruise ship in the Caribbean! We had inspiring workshops with amazing presenters you know and love from SiWC, dedicated writing time, dinners with presenters, fun events, cool shore excursions, and socializing with other attendees and presenters. We had a blast!

We can't wait to see you there!

"The entire experience was amazing!  The classes, the schedule, the dinner rotation, the collegiality, the support, the organization of arrival and departure, the opportunity to book shore excursions with our group, and the chance to make real friends who understand what it is like to inhabit our world with the sensitivities and perceptions of a writer, was beyond anything I would ever imagine.  Thank you to everyone for bringing the heart, brains, and determination to make this a transitional experience."
Antoinette Harvey

"It was a real joy meeting new people and reuniting with friends, spending time with everyone in the R Bar and dining room (loved trading tables every night!) The workshops were fantastic, and the organizers all deserve an A+. Looking forward to seeing everyone again in October!"
Pamela Patchet

"I loved the week with this inspiring group of writers. I appreciate the amount of work it took to plan and execute this adventure. Thank you and I hope to connect with all of you in the future. I plan to be at the October Conference and will be looking for you."
Edi dePencier

We’ll sail from Galveston, Texas, aboard Royal Caribbean’s Liberty of the Seas.

On port days, you can go on shore excursions to lie on a beach, go snorkeling with turtles, visit Mayan pyramids, and so many more activities offered by Royal Caribbean. We’ll also still sneak in writing time after you get back on board the ship, dinner with the group, and more. Or, if you're feeling productive, stay on board during a port day and get some serious writing done while everybody else is off the ship!

On sea days, enjoy workshops with our presenters in our dedicated spaces, take on some daily writing challenges if you want, find your favourite spot to write in, or just relax and enjoy the ship amenities. How about a massage for those sore typing muscles, a soak in the pool, a learn to dance class, or an 80's music trivia challenge?

Enjoy dinner and socializing with the group every night, including nights with a presenter at your table. After dinner, the fun continues with other ship activities and seeing the now-familiar faces at the R bar.

Of course, this being a cruise, you'll have access to food and beverage at all times of the day, get to unpack your suitcases once and settle comfortably into your cabin. All your needs will be taken care of by the ship's crew and staff so you can focus on what's important. You can also relax guilt-free knowing that any non-writing companions you bring along will have lots of fun!

We are delighted to have an amazing group of presenters joining us for SiWC at Sea!

Mary Robinette Kowal is the author of The Glamourist Histories series, Ghost Talkers, and the Lady Astronaut duology. She’s a member of the award-winning podcast Writing Excuses and has received the Campbell Award for Best New Writer, three Hugo awards, the RT Reviews award for Best Fantasy Novel. Her stories appear in Asimov’s, Clarkesworld, and several Year’s Best anthologies. Mary Robinette, a professional puppeteer, also performs as a voice actor (SAG/AFTRA), recording fiction for authors including Seanan McGuire, Cory Doctorow, and John Scalzi. She lives in Chicago with her husband Rob and over a dozen manual typewriters. Visit maryrobinettekowal.com

Mary Robinette will be teaching How to Critique, Character Drives, and Managing Exposition.

In 2014, JJ Lee hosted the CBC radio show Head to Toe. It is now available in podcast. Before that, he wrote The Measure of a Man: The Story of a Father, a Son, and a Suit, published in hardcover by McClelland & Stewart and in paperback by Emblem Editions. The Measure of a Manwas shortlisted for the 2011 Governor-General’s Literary Award for Non-Fiction, the 2012 Charles Taylor Prize for Non-Fiction, the 2012 BC Book Prizes Hubert Evans Prize for Non-Fiction, and the 2012 Hilary Weston Writers’ Trust Prize. His fashion and personal essays are published in ELLE Canada. His memoir piece, “ELLE First: You are beautiful,” tied for GOLD at the 2011 National Magazine Award for Best Short Feature. This allows JJ to shamelessly append “award-winning” to any mention of his name.

Eric Smith is an author, blogger, and literary agent for P.S. Literary. When he isn't seeking out new voices and their writing, he fusses over his own. His first humor book,The Geek's Guide to Dating, was published by Quirk Books in 2013, and was an Amazon 2013 Best Book of the Year selection in Humor, as well as a Best of the Year pick by PopSugar and Wired's GeekDad. It was an IndieBound bestseller and has since sold into eight languages. His debut Young Adult novel, Inked, published with Bloomsbury Spark in 2015. The sequel, Branded, was published in 2017. His latest Young Adult book, The Girl and the Grove, was published by Flux in 2018. His next novel, Reclaim the Sun, will be published by Inkyard Press /Harlequin Teen in 2020. He also dabbles in short stories, and his anthology, Welcome Home, was released in September 2017. You can listen to him twice a month on Book Riot's HEY YA podcast, co-hosting with Kelly Jensen. He occasionally blogs for Book Riot, Barnes & Noble's Blog, Publishing Crawl, and Paste Magazine, writing mostly about YA books.

Eric will be teaching Demystifying Platform & the Non-fiction Book Proposal, Mastering the Hook and Query Letter, and The Language of Contracts.

Your price includes a full week of writing seminars, dedicated writing space and free writing time, and lots of encouragement to get words on paper. Also included are meals, including group dinners, double-occupancy lodging on the ship (a single berth in a double cabin with a roommate) and, of course, the cruise itself, aboard Royal Caribbean’s Liberty of the Seas. We've also included port charges and pre-paid gratuities so you have no unexpected charges to worry about. The ship goes to three ports: Roatan, Honduras; Puerto Costa Maya, Mexico; and Cozumel, Mexico. All of this plus the inspiring deep blues and bright colours of the Caribbean to fuel your writing fire, camaraderie with fellow attendees and presenters, and the kind of supportive writing environment you know and love from SiWC’s annual conference. [Prices do not include airfare.] Optional extras on the ship include most beverages except some non-alcoholic options such as water, ice tea, tea and un-fancy coffee; shore excursions; wifi; spa services and specialty restaurants.